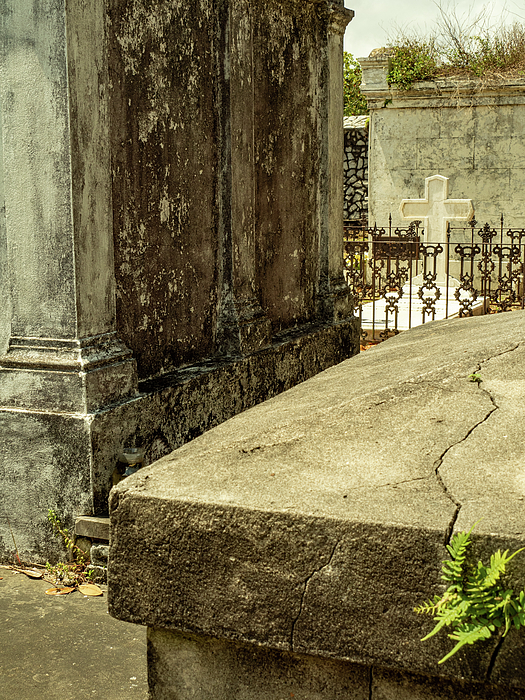 Boundary: Bleed area may not be visible.

Click and drag to re-position the image, if desired.

The image is near the edges of the product but doesn't cover the entire product.   Some of the background color may appear around the outside edges of the image.

Our premium yoga mats are 24" wide x 72" tall x 0.25" thick and made from natural rubber with a blended microfiber top surface.   The top of the mat has the image printed on it, and the back is solid black with textured dimples for better floor grip.

Lafayette Cemetery is located in the Garden District of New Orleans,dating back to 1832.. It is a resting place for many individuals who came from... more

Wash with a damp cloth and air dry.

Congratulations! Your fantastic art has been featured on the ABC Group home page from the M IS For Memories week, October 18,,2021 to October 25,2021, You are invited to add your wonderful art in the Features Archive Discussion in the ABC GROUP as a way to preserve your feature!

Lafayette Cemetery is located in the Garden District of New Orleans,dating back to 1832.. It is a resting place for many individuals who came from around the world to settle in New Orleans. New Orleans is known for its elaborate and ornate cemeteries, with more than 40 located in the city limits. Save Our Cemeteries is a nonprofit that works to restore, repair and stabilize damaged or vandalized vaults.. They also educate the public about the architecture, historic and cultural value of the city's cemeteries. Almost all cemeteries are above ground as the high water table would result in flooding and the deterioration of caskets and remains in deep graves. The settlers of New Orleans brought their own beliefs and religions about burial: Native Americans, French, German, the New French( Canadian),African slaves, Spanish, Caribbeans.The elaborate, embellished burial structures became a part of the melting pot of New Orleans culture, tradition and collective memory

.Photography can bring the world to you. Your senses can reach new heights as you become immersed in a photograph. You can view images of dramatic landscapes, climate, and ancient cultures, or modern attractions and glimpses of everyday life. You can even meet new people by looking at portraits, portraying human strength and vulnerabilities. This is what travel photography is all about: capturing a wide range of cultures, milestones, and experiences to share with everyone, capturing images that are thought provoking, authentic, and transformative, capturing images or an experience that may be new to you, but with one you find a connection. Hello! My name is Leslie Struxness. I have been a photographer for more than 15 years. I...